Why We Need Nicotinamide Mononucleotide(NMN)

Although aging is inevitable, there are prospects of reversing the process, thanks to Nicotinamide Mononucleotide (NMN). Living to a ripe old age is everyone’s dream and there are compounds such as NMN which assists us achieve the dream.

I know you are probably wondering how this compound correlates with aging. Well, hold your guns because I’ll be taking you through the nicotinamide mononucleotide benefits.

Nicotinamide Mononucleotide (NMN) is a NAD+ precursor. NAD+ is a significant biomarker in the human cell. As we get on in years, this chemical declines as a result of several enzymatic functions. What’s more, the rate of consumption is always indirectly proportional to the degree of production.

One significant thing to note is that, unlike most anti-aging treatments that leave you with insufferable symptoms, NMN side effects are next to null. Allow me to shed some light on how NMN impacts your lifespan.

Nicotinamide Mononucleotide (Nmn) powder (1094-61-7) derives from niacin.  It is a product from the reaction between nicotinamide ribose and a phosphate group. The compound plays a significant role in the biosynthesis of NAD+ (nicotinamide adenine dinucleotide), which is quite fundamental in the cellular biochemical functions.

In the synthesis of NAD+, Nicotinamide Mononucleotide bulk powder acts as a substrate for nicotinamide mononucleotide adenylyltransferase, which is an enzyme responsible for converting it to NAD+.

NMN is among the major sources of cellular energy within the human body. Since it is a precursor of NAD+, the decline in one compound will drastically affect the other.

In the recent preclinical studies, Nicotinamide Mononucleotide has confirmed to be of the essence within the therapeutical domain. One notable breakthrough was the realization of the compound’s enormous role in reversing senescence and holding back the aging process.

Recently, there is promising research about nicotinamide mononucleotide cancer management.

What Are The Benefits Of Nicotinamide Mononucleotide(NMN)

You will agree with me that old age and gray hair are synonymous with wisdom. However, the joy of this maxim is short-lived when you start having senior moments. As we advance in years, our bodies transform into a magnet of diseases.

Old age leaves a great impact on cellular functions. For instance, the levels of NAD+ and Nicotinamide Mononucleotide considerably fall back during the golden years. Although the body still synthesizes the chemical, the rate of consumption maximumly surpasses the frequency of regeneration.

In the case of DNA damage, NAD+ activates the PARP1, a DNA-repairing protein, to restore the affected organelles.

A decrease in NMN affects the NAD+ levels and subsequently leads to a decrease in energy production by the mitochondria.

Research studies by Dr. Sinclair, a geneticist from Havard University, confirm the efficiency of nicotinamide mononucleotide supplement in slowing down aging. The scholar admits that he and his dad are taking the supplement and it certainly improves memory and sharpens their mind.

A decline in the level of nicotinamide adenine dinucleotide may trigger type II diabetes.

Administering Nicotinamide Mononucleotide would significantly improve glucose intolerance and insulin sensitivity in patients with diabetes. Besides, some geneticists inferred that the treatment reverses the gene expression that’s due to a high-fat diet.

When the levels of nicotinamide adenine dinucleotide fall,  the mental state lies at stake.

Administering NMN optimizes the quantity of NAD+, hence protecting the brain from damage. In a nutshell, Nicotinamide Mononucleotide benefits neuronal functions and cognition, including, learning, and memory.

For this reason, the treatment is used to manage Alzheimer’s disease, Parkinson’s syndrome, dementia.

A certain study vouches for the above nicotinamide mononucleotide benefits by confirming that the supplement efficiently deals with intracerebral damage. When researchers administered the dose on old mice, the subjects registered massive improvement in the production of intracerebral NAD+. As a result, there was a subsequent reduction in ischemic stroke and neurological inflammation.

Optimum NMN level in the body translates to an increase in NAD+, which regulates energy metabolic functions, repair of DNA, and response to stress. Since Nicotinamide Mononucleotide directly affects metabolism, its deficiency would trigger several metabolic conditions like obesity, diabetes, fatty liver, and dyslipidemia.

In the case of glucose intolerance, NMN steps in to enhance the metabolism of sugar.

Research confirms that you can lose up to 10% of your bodyweight if you take NMN. As Dr. Sinclair put it, the impact of a single NMN dosage for humans is equal to running on a treadmill.

Forget about the tons of makeup kits and facial surgery that leave you with insufferable upshots.

As scientists put it, we are as old as our arteries. With this remark, you can infer that reversing the vascular atrophy and senescence of our blood vessels will play the trick in our lifespan.

What mainly separates youthfulness from old age is vitality and muscle endurance. Although all these characteristics improve with regular exercises, senescence defies the odds and the muscular tissues weaken while blood flow declines within these systems.

Allow me to explain from a scientific perspective. When the human endothelial cells suffer a decline in Sirtuin1 proteins, blood flow will drastically fall. You should understand that NMN is the key regulator of SIRT1. Therefore, administering this supplement will activate sirtuin-signaling, which will generate new capillaries to supply oxygen and nutrients to the muscles and other vital organs.

So, what is it all about nicotinamide mononucleotide vs riboside?

Well, both are precursors of NAD+.

A glance through their chemical structures will tell you that NMN has a bigger molecular size than NR. Thus, nicotinamide riboside can make it through the human body without the need for breaking down its whole molecule.

However, there is a glimpse of hope when a recent study confirmed there is a mysterious transporter that allows the chemical to pass through the digestion process. Earlier studies brushed off this possibility until some scientists discovered the Scl12a8 protein, which facilitates the conversion of NMN to nicotinamide adenine dinucleotide.

Most users find nicotinamide mononucleotide price to be slightly higher than that of its riboside counterpart.

Although there are numerous research studies and intense NMN supplement review since its discovery in 1963, please allow me to touch on the notable projects. 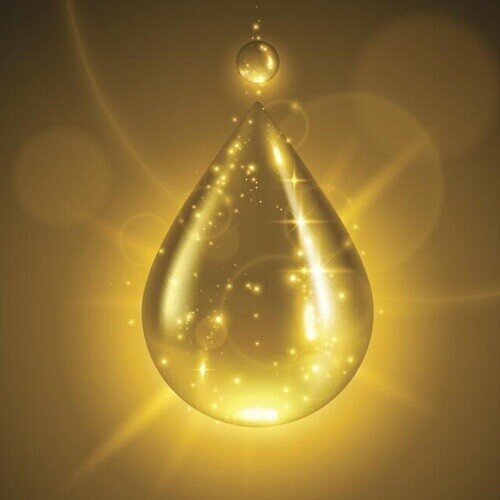 Since 2013, Dr. Sinclair has been actively involved in studying the Nicotinamide Mononucleotide supplement and its role as an anti-aging supplement. In his research paper, the geneticist noted that the treatment improved the muscle capacity and metabolism of the mice models. Dr. Sinclair compared the efficiency of NMN to working out.

Through the research, this Harvard geneticist did not record NMN supplement side effects.

In a 2014 NMN supplement research, Yamamoto and his associates determined that NMN has cardio-protective properties. Administering the supplement will shield the heart from reperfusion and ischemic injury.

In 2015, Long and his crew noted that NMN supplement could treat Alzheimer’s and reduce its negative symptoms. A year later, Wang and his team of scientists concluded that the treatment would counter cognitive disorders and neural impairment.

In subsequent years, NMN supplement research scientists have come up to endorse the efficacy of Nicotinamide Mononucleotide in improving the cognitive functions.

In 2013, Mills and his team found out that nicotinamide mononucleotide (NMN) could manage type II diabetes. Three years later, he established that the supplement counters physiological and immunological decline in old mice. In the same year, Mills teamed up with Yoshino and Imai to study how NMN affects vascularity and its role in oxidative stress.

Imai and a team of biochemists discovered Slc12a8, which aids in the assimilation of Nicotinamide Mononucleotide into the body. The process is rapid and it would least affect the NMN bioavailability.

Since 2017, Scholars from Keio (Tokyo) and Washington Universities have been actively involved in the clinical trials of NMN among the aged but healthy subjects.

The objectives of these human trials are to establish the safety of nicotinamide mononucleotide and to understand how the supplementation affects the beta-cell functions. Besides, the research scientists have wanted to ascertain if there were any NMN supplement side effects.

Probably the question racing through your mind is, “How much NMN should I take?” Well, let me break it down to you.

A typical NMN dosage for humans is about 25mg and 300mg per day. In all the available clinical trials, the subjects would take a maximum of 250mg/day.

Dr. Sinclair confesses that he takes about 750mg of NMN per day. If you scheme through the online NMN supplement review, you’ll realize that some users go up to 1000mg/day. Although there are no known records of nicotinamide mononucleotide side effects, you should stick to the lowest dose as possible.

So far, there is no data to indict Nicotinamide Mononucleotide as unsafe. From the records published during the clinical trials, no subject had registered any grave nicotinamide mononucleotide side effects. What’s more the preclinical studies were successful without recording any adverse symptoms.

Since nicotinamide mononucleotide has not received a full endorsement by the FDA, it cannot be a prescription drug. However, you can take it as a dietary supplement.

To increase the NMN bioavailability, you should prefer sub-lingual pills rather than oral tablets.

According to FDA standards, a person needs at least 560mg of Nicotinamide Mononucleotide per day. What you ought to know is that broccoli and cabbage register the highest quantities of NMN compared to other foods and fruits.

For instance, broccoli contains between 0.25mg and 1.12mg of the chemical. Thus, if you want to maintain a healthy status and heed to the FDA requirements, you’ll have to consume 1500 pounds of broccoli in a day. Since doing so is incredibly impossible, you should opt for buying the supplement from a beta-nicotinamide mononucleotide supplier. 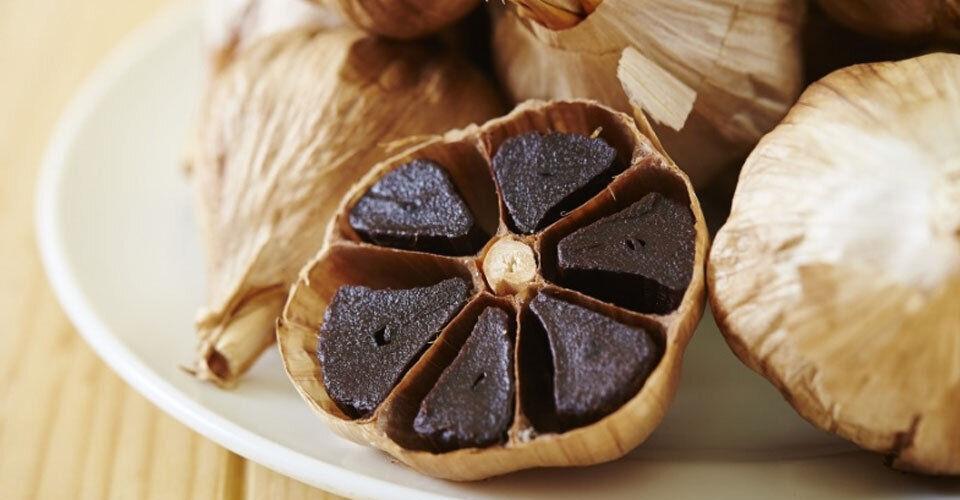