Pramiracetam, also known as Pramistar, is the cognitive enhancer that lets your brain perform in the best way.

Pramiracetam nootropics  is a racetam that is synthesized from piracetam. That happens through the substitution of the amide group found in piracetam with a dipropan-2-ylamino ethyl group. The replacement is what makes Pramiracetam have more potency compared to piracetam.

The nootropic Pramiracetam (68497-62-1) was first developed in 1979 by Parke-Davis, which is a division of the Warner-Lambert pharmacological company. By then, Pramiracetam was marketed as Pramistar. Today Warner-Lambert no longer exists as it merged with Pfizer in 2000.

Both Piracetam and Pramiracetam powder (68497-62-1) belong to the Racetam family hence have the same pyrrolidone nucleus structure. Piracetam was the first racetam to be developed, and Pramiracetam came later. Both of them are safe and rarely cause any side effects even at higher dosages.

Pramiracetam’s main benefit is that it aids in memory improvement while that of piracetam is to boost brain function. Many Pramiracetam reviews claim that it dramatically improved their memory recall, memory retention, and memory formation.

The Mechanism of Pramiracetam

The mechanisms of Pramiracetam are similar to that of other nootropics that belong to the racetam family. The Pramiracetam mechanism of action involves the release of neurotransmitters. The release of these brain chemicals promotes the transmission of signals amongst nerve cells within the brain.

However, the Pramiracetam mechanism of action is just slightly different. Unlike other cognitive enhancers, the mechanisms of Pramiracetam has a more all-round effect that leads to the stimulation of all the neurotransmitter receptors, unlike other racetams that work on specific locations. Due to this, Pramiracetam has been known to cause a more balanced effect, hence, more powerful brain stimulation.

Pramiracetam works through the increase of Choline levels in the hippocampus. Since choline is Acetylcholine’s precursor, there is an increase in various cognitive functions, including concentration, memory, and learning. Pramiracetam, therefore, works through the indirect stimulation of the acetylcholine receptor sites hence promoting the hippocampus activity. This effect lasts for about twenty four hours.

Once the hippocampus has better activity, the ability to form new memories is enhanced. Being able to recall old ones becomes even easier. Also, there is an increase in the brain’s blood circulation leading to the promotion in the overall cognitive ability and alertness of the mind.

Taking the nootropic Pramiracetam will help your brain get more energy and oxygen. No other cognitive enhancer can offer the two as most of them either increase the energy or the oxygen uptake. Why not raise your brain’s energy and oxygen levels today?

What Is Pramiracetam Used For?

· Aids in the prevention and reversal of amnesia

If you are suffering from persistent forgetfulness, then you may be suffering from amnesia. Fortunately, one of the pramiracetam benefits is that it reverses and also protects one against amnesia.

In a study done on healthy individuals, it was proven that pramiracetam partially reduced scopolamine-induced amnesia. Another research done on patients with head injuries showed that pramiracetam works better compared to piracetam in dealing with amnesia symptoms.

You might have blanked out information during an important test and wished that you could improve your memory. Well, taking pure nootropics pramiracetam helps us in many ways, but wins a medal in the improvement of memory. There is no other racetam that delivers like Pramiracetam in memory formation and retrieval.

A study done on thirty-five older adults showed that those who received Pramiracetam capsules showed more significant improvement in their memory in comparison to those who underwent memory training.

In young men suffering from brain injury, it was observed that Pramiracetam enhanced both long term and short term memory. The effect lasted for about a month after discontinuation.

In rats, Pramiracetam treatment that lasted seven weeks was seen to increase long term memory as well as their learning ability. Additionally, it improved their object-recognition memory.

As threatening as a brain injury may seem, Pramiracetam capsules have always come in handy for patients suffering from it. Studies that were undertaken on brain injury patients treated with Pramiracetam showed that they experienced reduced dizziness, headaches, and nausea. Also, they feel better and have improved orientation as compared to piracetam.

· It has great neuroprotective capabilities

Many may tend to focus on nootropics that help them increase their mental ability without thinking about one that is neuro-protective. One of the desirable Pramiracetam benefits is that it helps minimize any brain damage that could occur as a result of straining.

Taking this supplement could, therefore, help you push your limits, knowing that your neurons are well protected. No wonder in some of the European countries, it is used as a prescription drug for Alzheimers and Dementia.

Pramiracetam users often report that they experience an enhanced sensory perception. That has been backed up by Pramiracetam reviews claiming that there was an improvement in the way one could hear and see. It is also known to increase color contrast in case you thought you were becoming color blind.

How to Use Pramiracetam

Usually, Pramiracetam buy online occurs in three different forms, i.e., tablets, capsules, and powder. If you are a new user, you should note that its flavor has been likened to that of “alien vomit” or “battery acid.” You could also suffer from a pramiracetam burn if you decide to take it sublingually.

Many people prefer taking Pramiracetam capsules as compared to other forms. That does not, however, mean that the tablet form is not as effective; the only difference is that the powder and capsule forms have a fast absorption rate. With the capsules, you are not also likely to suffer from a Pramiracetam burn.

The nootropics Pramiracetam is best taken with fat since it is not water-soluble. For instance, you could take it with a spoonful of unrefined coconut oil. It is also recommended that you take it after a meal or a snack.

Research done so far show that a Pramiracetam dosage of 1200mg daily will give you the desired effect. You could divide it into two 600mg doses or three 400mg doses. Splitting the dosages ensures that you feel the effect all day since the Pramiracetam half life is four to six hours. Consequently, you will have the same drug levels all day.

Additionally, the Pramiracetam peak concentration is reached within thirty minutes; hence, you do not have to keep waiting to feel the effect.

The 1200mg dosage, however, is not fixed; you could use the amount that you feel works for you. Some people have great Pramiracetam reviews at a lower dosage, while others may need a higher dosage. However, it is best if you test the dosages first by starting with a lower dosage as you gradually increase it.

Often, it is used in combination with a choline source such as Citicoline or Alpha-GPC. The reason for this is because supplements belonging to the racetam family are known to reduce acetylcholine levels in the brain. Hence the combination enhances synergistic effects on cognitive function.

You may decide to combine multiple supplements to reap more cognitive effects. For instance, you can use a racetam and a thiamine nootropic to enjoy all the racetam benefits without suffering from a headache.

In our case, Pramiracetam is vastly used in many nootropic stacks as it has proven to be useful in enhancing their effects as well as increasing their potency.  Here are some of the supplements that perfectly fit in a Pramiracetam stack;

Supplements that contain or cause increased choline production are the most preferred as they reduce headaches and boost other areas of the brain at the same time. Popular choline supplements include; Citicoline, Centrophenoxine, and Alpha GPC.

Either of these drugs is capable of increasing wakefulness as well as alertness. Consequently, you will realize that you got more mental energy, and your focus is at the peak. In case your exam day is approaching, or you feel like you want to engage in any activity that may need 100% of your concentration, then this is the stack you should go for.

For a significant reduction in your stress and anxiety levels, then this is the supplement to give a try. Not only does it increase your mental drive, but it also makes you more productive. Having in mind that Pramiracetam may not have any effect on your mood whatsoever, it could make an excellentPramiracetam stack.

If you are a first timer, you should use it on its own during the trial period before considering stacking it. That helps you test your tolerance and avoid any risk that could occur.

The idea that you might take a supplement only to end up developing severe side effects has made many keep away from them. That is, however not the case when it comes to Pramiracetam. Studies done on it show that it is well-tolerated in humans. No side effects have been reported at any Pramiracetam dosage.

Some of the side effects that you may develop at unreasonably high dosages are;

Pramiracetam is non-addictive and may not cause any adverse effect even with long term use.

Buying Pramiracetam online doesn’t have to be a hustle; it should be easier than a b c. Just a click on the mouse, and you purchase your desired product. The problem, however, comes in when you cannot locate a trustworthy seller. Nobody wants to buy trash or get conned their hard-earned cash. You, therefore, have to settle for the best site to get what you want.

Wisepowder is a pretty good bet as it assures you of pure nootropic Pramiracetam as well as fantastic prices. It also allows you to buy Pramiracetam at the comfort of your house or office and get the delivery done within the shortest time. 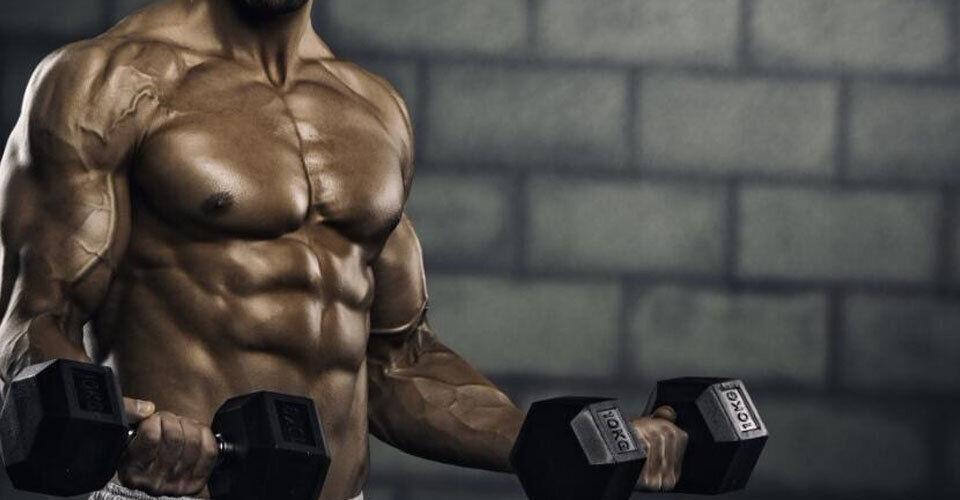 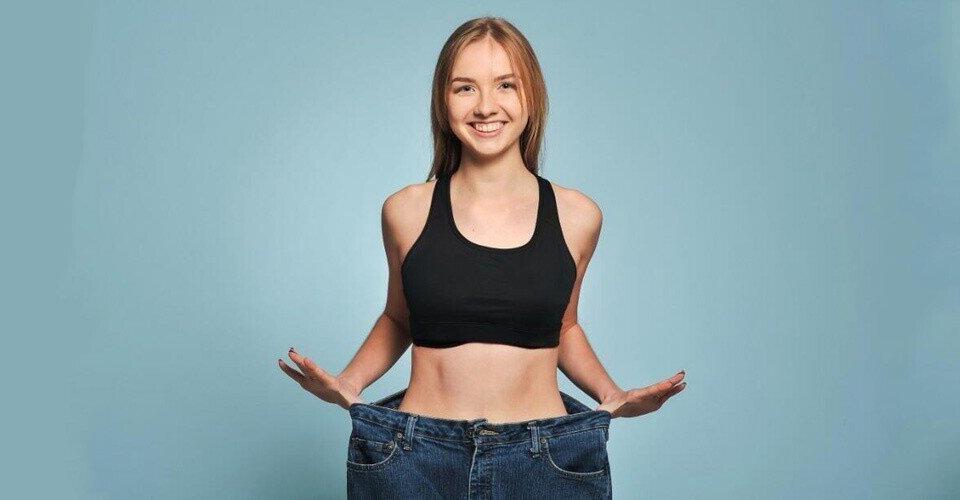 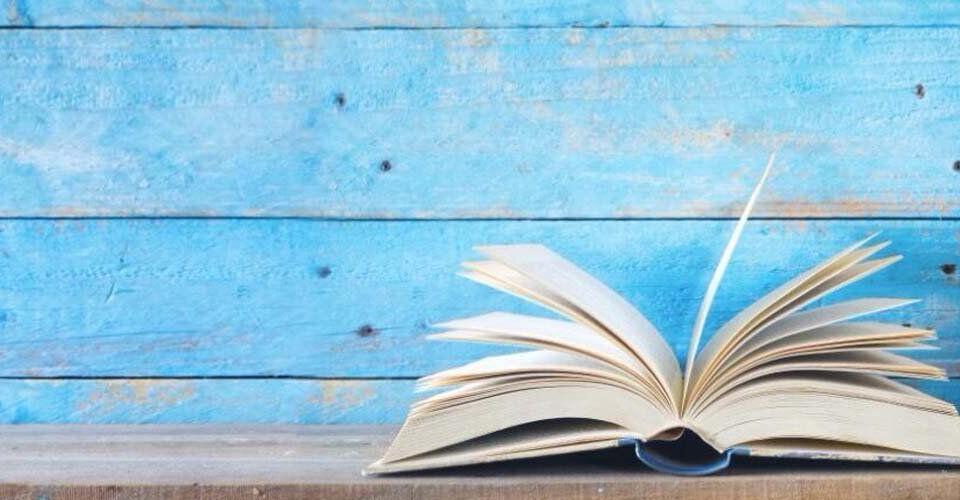